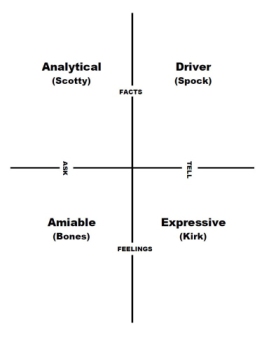 “M-O-O-N. That spells Tom Cullen.” Tom just happens to be one of the most memorable characters in “The Stand.” Stephen King is a master at creating characters everyone remembers. And of course there is Mother Abigail, who is 106 years old and still bakes her own bread.

“I’ll think about it tomorrow,” was the mantra of Margaret Mitchell’s character in “Gone with the Wind,” Scarlett O’Hara, who would be just as resilient today as she was during and after the Civil War. And who could forget Rhett Butler, the scallawag (and also survivor) who fell in love with her and ended up “Frankly,” not giving a damn.

Captains Nemo and Ahab were relentless and obsessed, but for entirely different reasons. Sherlock Holmes and Miss Marple were both great mystery solvers, and yet two people couldn’t have been much less alike than they were.

Let’s look deeper into what makes a memorable character. First of all, they can’t be all good or all bad. In order to be believable, they have to have elements of both. They must also have some redeeming quality or value system, or some other reason for the reader to like and/or sympathize with them. Unless, of course, they are one of the bad guys. However, even bad guys have a good quality or two. A character quirk or two helps a lot, Finally, they must act in a way that is consistent with their basic personality type, which brings us to the main topic I want to share with you.

They have been called by many names over the years, but the idea of four basic personality types has been around for a very long time. For this discussion, I will use the terms “Driver,” “Analytical,” “Expressive,” and “Amiable,” as illustrated in the chart below. (I have added an example of each type as “Star Trek” characters.) Each personality type occupies its own quadrant, and each quadrant has two main characteristics. The Driver focuses on Facts rather than Feelings, and Tells rather than Asks for information. When you put the Driver under mild stress, he tends to slip into avoidance mode, which is a negative trait of an Analytical. Pile on more pressure and he attacks, which is a negative trait of an Expressive. Hint: if you put so much pressure on a Driver that he gives in and gives up – a negative trait of an Amiable – your Driver character probably needs to be committed to a mental institution before he hurts himself or others.

The progressive shift through the quadrant for the Driver takes the shape of a backward “Z.” Each personality type follows a similar pattern. The Expressive moves from Amiable (Submitter) to Driver (Dictator) to Analytical (Avoider). This movement is a forward “Z” drawn from the bottom up. The Analytical goes to Dictator to Submitter to Attacker and the Amiable moves from Attacker to Avoider to Dictator. These progressive shifts can be quite useful when putting your character in stressful situations.

A final caveat: no one is exclusively one personality type. We are all amalgams (I love that word) with bits and pieces of each type in varying percentages. Your characters should be the same way – hybrids – with one or two personality types as the dominant one(s).

Your Personality Tree –  by Florence Littauer

Personality Plus – by Florence Littauer

Florence Littauer is a well-known author and public speaker whose focus is on Christian values, the family, and helping people reach their best potential. She has developed the personality profile and taught applications of the knowledge for many years.

David W. Merrill has authored more than one book with Roger H. Reid, has written numerous articles on the subject of personality types, and is a well-know public speaker. His application of the personality profile leans toward business and management, and also sales and marketing.

Unless otherwise credited, blog posts and other content have been created by Sue Eller.